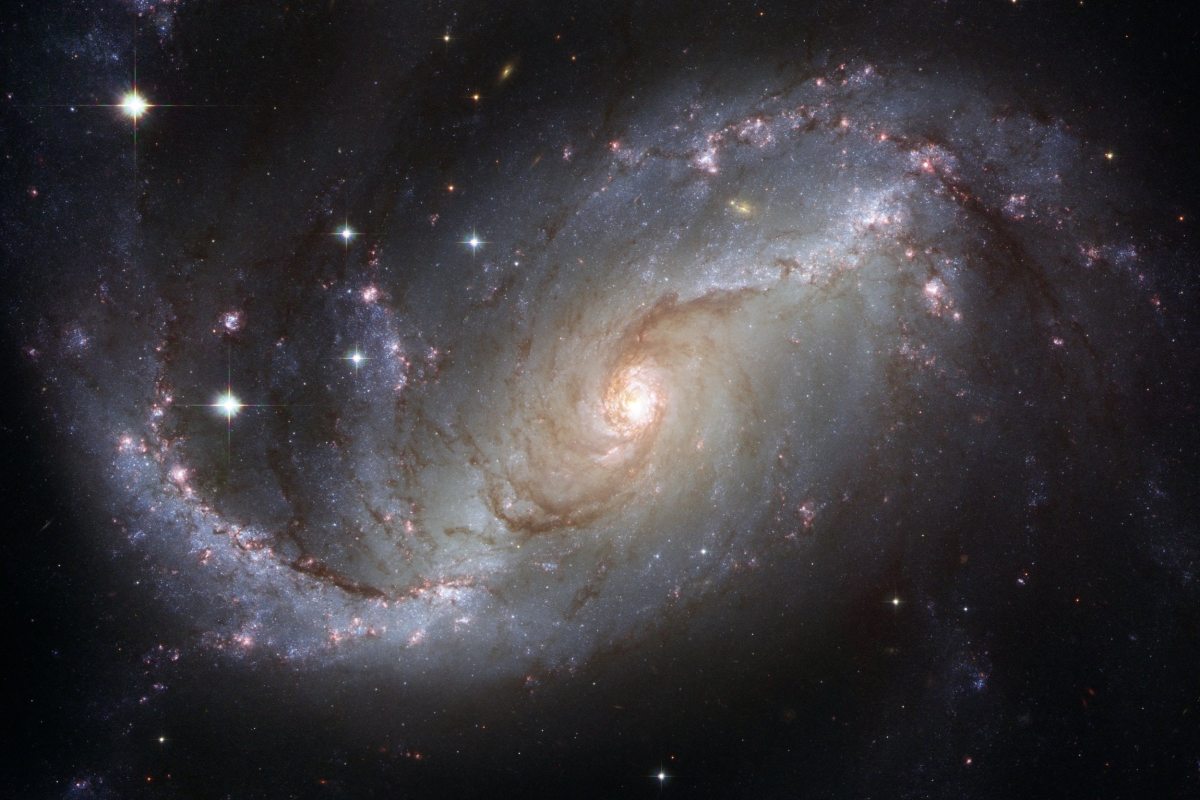 I have the pleasure of knowing Dr Michelle Collins – astronomer extraordinare, and fantastic marathon runner to boot. She kindly agreed to share her story of becoming an astronomer. Reach for the stars, and all that…..

Q. Describe your job and tell us about your career highlights so far.

My research focuses on understanding galaxy evolution and dark matter by studying tiny nearby galaxies, known as dwarf galaxies. This research has taken me all over the world, which is probably one of the highlights of my job. I’ve lived in Germany and the USA, and I get to use large telescopes in exotic places like La Palma, Chile and Hawaii.

I really love getting to use these telescopes. Not just the process of using them, but when I get to take a look at the data, I know I’m looking at something no other human has ever seen before. I get to ask really big questions on a daily basis like ‘how did we get here?’ and ‘what is the Universe made up of?’. And I get to design experiments that may help us answer these.

Q. Did you always want to be an astronomer?

Not at all! My school report from primary school famously declares that I had no interest in science, and was only interested in becoming a writer. I don’t think I really thought about studying physics until I was 16 or 17. And it was only at University that I decided I wanted to try to be an astronomer for a living.

Is it cliché to say Star Trek? Because that probably was a big driver in my love for space science. It was pretty hard to have a real female role model in astronomy when I was growing up, so I had to make do with Captain Katherine Janeway. One of the reasons I do a lot of public talks in astronomy is to try and show girls that there’s a place for them in this field. Our most famous science communicators in this area are almost exclusively male, which I think can put women off this career path as they don’t see a place for themselves.

Q. When did you realise that you could do it as a job?

It is drilled into you fairly often in your PhD that not everyone who studies for their Doctorate in Astronomy can get a permanent position in this area. So, I spent the first 7 years of my career not knowing if I’d really be able to be an astronomer forever. I still feel like it was an incredible stroke of luck getting my position at Surrey. It was the perfect job for me, and it came up at the perfect time. That was when I knew that I could really be an astronomer forever.

Q. What are the good bits and bad bits, day to day?

My favourite parts are talking about new scientific ideas, and designing observations to test them. My least favourite parts are probably the fairly constant rejection you experience as a scientist. For example, each time I was on the job market, I would apply for maybe 20 jobs and be rejected from almost all of them. The telescopes I use are great, but heavily oversubscribed, so I frequently get my proposals for time rejected.

I received my most recent rejection just a few weeks ago. I applied for a big European grant to hire people to work with me, but the scheme is incredibly competitive. I was dreading the feedback from the panel (they can be quite brutal), but it was all quite positive and encouraging. Definitely one of the better rejections I’ve received!

Q. What advice would you give someone who wants to be an astronomer?

Go for it! Apply for a physics degree, and try to do some small research projects with people over the summer if you can. Ask for advice from professors as you apply for PhD positions, and come and chat to astronomers at public talks. We love answering questions about our work, and we’re always willing to help out people who want to do this for a living.

It’s so hard to pick! The Universe is nearly 14 billion years old, and it formed all the particles it needed to make what we see today in only a few seconds. We can still see the afterglow of the explosion that created our Universe if we look at the emission of microwaves across the sky.

Our Sun formed out of the material left by another star after it exploded.

Volcanoes exist on other planets, and we’ve filmed one erupting on Io, one of Jupiter’s moons.

95% of the Universe is made up of stuff we can’t see (dark energy and dark matter).

All the gold in the Universe may have been created by colliding neutron stars.

Q. What challenge is next for you?

At the moment I’m a lecturer in Physics, which is the first rung on the faculty ladder. Our department has only ever had 1 female physics Professor in 50 years. I want to get myself and the other female lecturers in my department promoted, so we can change that.

If you have a dream, and want an action plan to make it happen – sign up to my waiting list for coaching. Doing is better than dreaming.

Welcome to my site

This is a work in progress, and it will progress faster with your help. Always interested in your comments and feedback